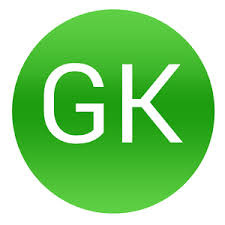 01.Constituents of stainless steel are – Iron, Chromium and Nickel
02.The metal having maximum electrical conductivity – Silver
03.Cooking gas constitutes which hydrocarbons – Butane and Propane
04.Bagasse is used for the manufacturing of – Paper
05.Solid form of CO2 is called – Dry Ice
06.What kind of economy does India have – Mixed economy
07.Whose signature is there on one rupee note – Finance secretory
08.The purpose of SEZ is – to raise FDI
09.The formula of calculating national income is – NNP – Indirect Tax + Subsidy
10.Kisan credit card Yojna was started in – 1998
11.VAT was firstly implemented in which country – France
12.The language used in the literature of Sangam period – Tamil
13.Photometer is used for – Measuring the rate of Transpiration
14.The Uruguay round led to the establishment of – WTO
15.Kamarupa is the old name of which state – Assam
16.Delhi became the capital of India is -1911
17.Number of slabs in Vat are – 4 slabs
18.Indica was written by – Magasthenes
19.Who is the first chief of air force to receive the honour of Marshal – Arjan Singh
20.The cell theory was propounded by – Schleiden and Schwann
21.The International court of justice is situated in – Hague
22.First general election was held in India is -1951
23.The minimum age returned to become president of India is – 35 years
24.The chairman of public accounts committee is appointed by – Speaker
25.Chairman of UPSC and State PSC is appointed by – President
President