20 Most important phrases and idioms with meaning and example 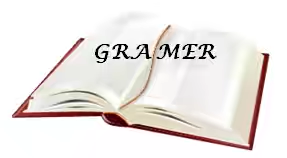 1.  Acid Test-
Meaning - Acid test proves the effectiveness of something.
Example - I practiced hard at the dance sessions but the acid test will come when the master will assess our solo performances.
2.  Cut the ground from under feet-
Meaning - When you cut the ground from under someone's feet, you do something which weakens their position.
Example - When team India hit more than 350 runs in the ODI, they cut the ground from under the opponent's feet.
3.  Chase your tail-
Meaning - Spending a lot of time and energy doing a lot of things but actually achieving too little.
Example - He's been chasing his tail all week collecting data but the report is still not ready
4.  Whole bag of tricks -
Meaning - Means trying all the clever means to achieve something.
Example - It was really difficult to find the information even after applying the whole bag of tricks.
5.  Deliver the goods -
Meaning - Do what is expected or promised.
Example - I have given my car to a new mechanic for repair, hope he delivers the goods.
6.  Fine-tooth comb -
Meaning - Examining something carefully to not miss out any details.
Example - The boss examined my report with a fine tooth comb before submitting it to the senior management.
7.  Explore all avenues-
Meaning - Trying out every possibility to get a result.
Example - It is a difficult thing to do but if we really want it done, we must explore all avenues.
8.  Fast track something -
Meaning - Rating something higher on your priority list to achieve the desired result. Example - In view of the seriousness of the crime, the civil society is pressing up on a fast track decision from the court.
9 . Get ducks in a row -
Meaning - Getting your things well organized.
Example - To ensure a successful product launch, we must get our ducks in a row.
10.  Get the show on the road -
Meaning - Putting up a plan or idea into action.
Example - Now that we have completed all the legal formalities, let's get the show on the road.
11.  Keep your fingers on the pulse -
Meaning - Being constantly aware of the most recent developments.
Example - An entrepreneur must keep his fingers on the pulse of the market to be successful.
12.  Mean business -
Meaning - Being serious about what you announce.
Example - Now that all our policies about work are put up on intranet, we mean business.
13.  Think on your feet -
Meaning - Adjusting quickly to changes and making fast decisions.
Example - A good sales man must be able to think on his feet to close the deal.
14. Sail through something -
Meaning - Being successful in doing something without difficulty.
Example - The presentation at the national conference was extremely important for the company. We sailed through it.
15.  Tricks of the trade:
Meaning - Clever or expert way of doing something.
Example - Being into the construction business for last 10 years, I know all tricks of the trade.
16.  Not let grass grow under feet -
Meaning - Don't delay in getting something done.
Example - As soon as he finished all the registration formalities, he put the house on sale. He doesn't let the grass grow under his feet.
17. Work like a charm -
Meaning - Works very well or has the desired effect.
Example - I had cloves from my sore throat and they worked like a charm.
18.  Back-room boys -
Meaning - People who perform important work but have no contact with the public. Example - Our back room boys deserve applause for the success of this advertisement.
19.  Dead wood -
Meaning - People or things which are no longer useful or necessary.
Example - The Company bought in a lot of new computers. They no longer want the dead woods.
20.  Get the axe -
Meaning - lose the job.
Example - The projects team was undergoing a major restructuring, recruitment executives were the first to get the axe.